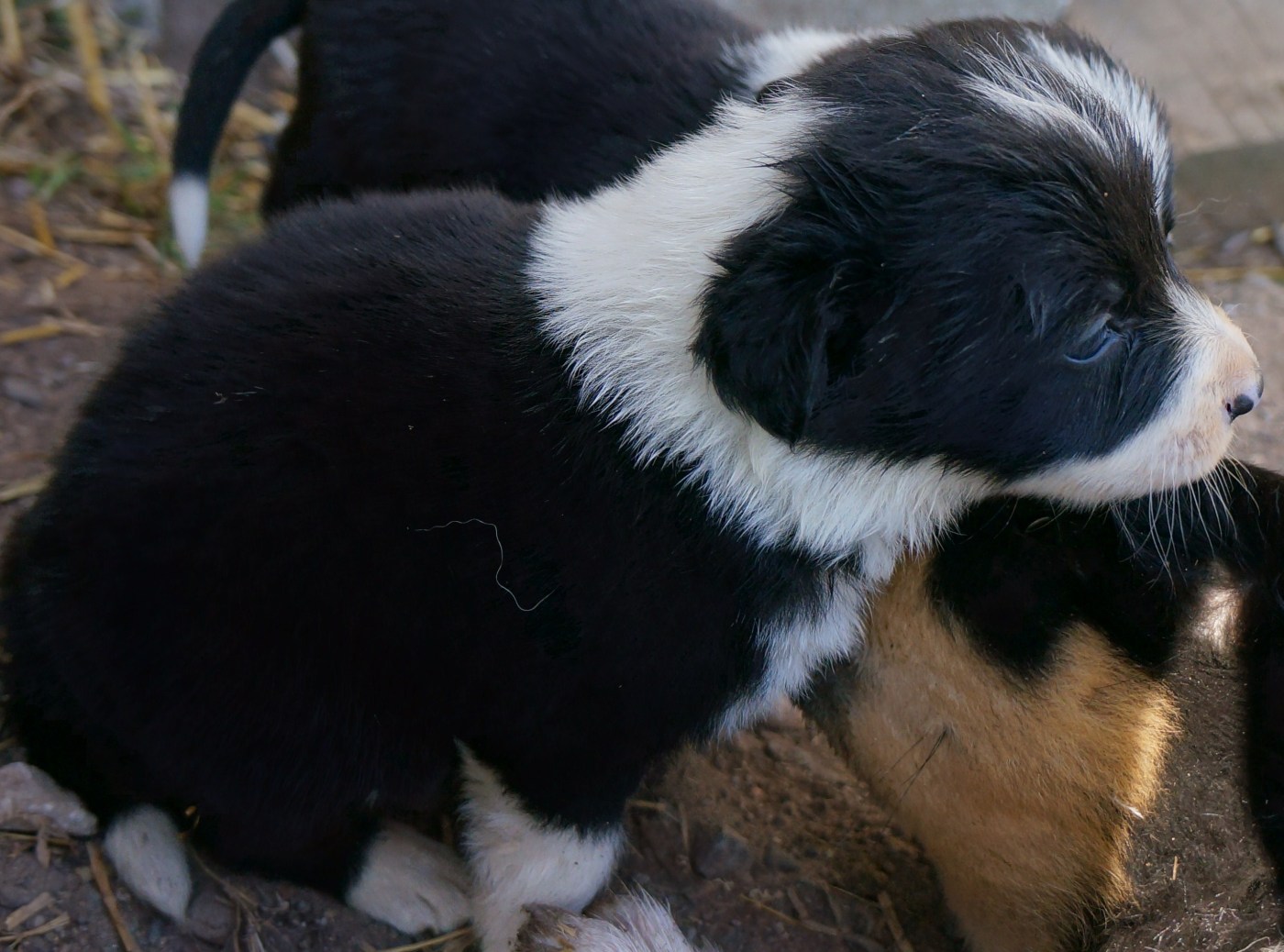 Have been to see the pup we will be getting in October. Now really looking forward to bring her home. Every one looks for something differnt in a working border coillie some people like big broad headed pups, Others like an all black roof of the mouth, Some people like the pup that is the last one to come out when you go to see them as this is supposted to be the more dormant one, Other people like the pup that appears to pick you and comes straight up to you tail wagging. But really there is no real science to picking out a pup. It is only ever as good as the handler it is working with. But with border coillies all you ever do if correct their faults and encourage the behaviour you want. But if you get a pup from a good working strain then the odds of getting a good pup are much more likely. 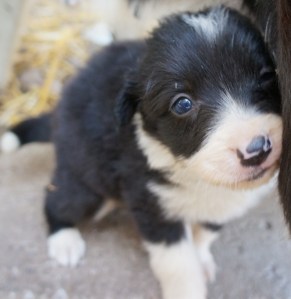 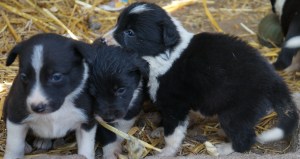 That said the best dog Dad ever had was called Queenie and see was from a news papper advert. It turned out the lady had been on holiday in Cumbria on a fram where there was a litter of pups. And had brought them all to sell back home in Newmarket. The lady had sold Queenie to a man who had tied her up and starved her and ill treated her. The man returned Queenie to the lady saying it was no good. Dad went to the lady’s house and having seen this bedraggled little pup with sunken eyes felt sorry for it and bought it for the princley sum of £5. You should never buy a pup because you feel sorry for it. He took her home and following the vet’s advice fed her on hard boiled eggs and gave her vitamines and love and care. She got her sparkle back and grew bigger. One day Dad was out side with the now much bigger Queenie who had never worked cattle before. When he saw his cattle go tareing past him up the lane towards the centre of Sawston. He said to Qeenie ‘get up’ and with that the dog shot off up the lane and disappeared through the hedge. Dad was just thinking that the dog and the cattle were gone when, all the cattle came to an abrupt holt. Queenie had stopped a herd of stampeding cattle. Some thing that is not easy for a person to do yet alone a pup. And brought them all back without another word from Dad. Dad and Queenie when on to move lots of cattle and pigs together. Dad could just point out a beast to be loaded and Queenie would load it by her self. If Dad was too long deciding which one to load Queenie would nip him as she got excited. (Its not uncommon to be nipped by your own border coillie when working with it).That was his once in a life time dog.

Our present border coille Gwen is a close second to Queenie. Here is hoping that our new pup who is from the same mum as Gwen will turn out just as good.